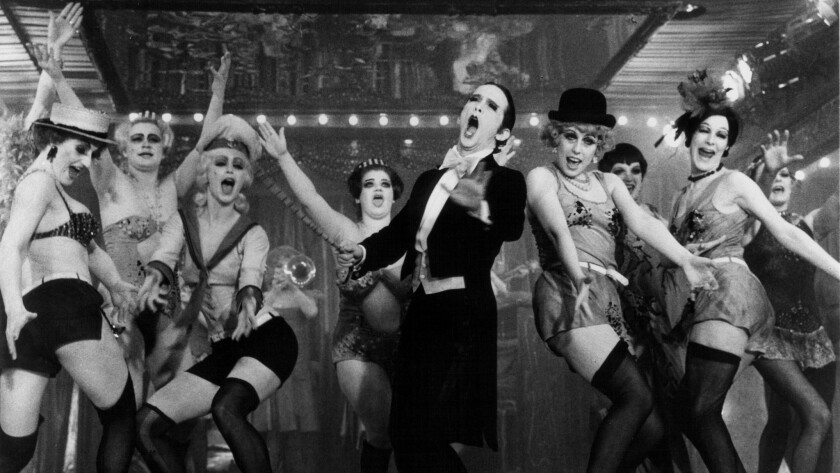 Good morning, and welcome to the U-T Arts & Culture Newsletter.

I’m David L. Coddon, and here’s your guide to all things essential in San Diego’s arts and culture this week.

Vintage commercials for the likes of Good & Plenty licorice candy, Beech-Nut gum, headache medicine and even cigarettes provided the inspiration for a “National Radio Hour Montage,” part of a program that kicks off Mojalet Dance Collective’s summer series in North County.

“Some of the advertisements are absolutely absurd,” said Faith Jensen-Ismay, Mojalet’s artistic director and the choreographer of all six of the works, both brand-new and old, that make up this show happening Saturday and Sunday at the Vine Arts Village in Rancho Bernardo. The commercials, heard both on radio and on television in their day, are from the ’30s, ‘40s and ‘50s. “They even include a PSA (public service announcement) about the atomic bomb,” pointed out Jensen-Ismay.

Choreographing dance movement to commercials like these “plays on both the rhythm and the content together,” Jensen-Ismay said. “Part of it is listening to the rhythm and cadence of the commercial. Part is the actual verbiage.”

The program’s repertoire also includes a work titled “The Optimist” (“how one person who is positive can cause a chain reaction,” said Jensen-Ismay); “Endure” (“inspired by women and their struggle and their survival together”); “Secrets” (“how secrets are a sometimes a little daunting, even the positive secrets”); the metaphorical “Eye of the Storm”; and “Collywobbles,” a response to the COVID-shutdown anxieties that was originally created as a virtual work and filmed in black and white.

This is a big weekend to come to the cabaret, as the memorable title tune from a Broadway classic goes.

For starters, Cygnet Theatre in Old Town is opening its new production of “Cabaret” Saturday night. This remounting of a 2011 Cygnet staging finds Karson St. John returning to the role of the Emcee of the Kit Kat club that she played before.

That same role was played in the Oscar-winning film of “Cabaret” by Joel Grey. To mark the 50th anniversary of the movie, which starred Liza Minnelli and was directed by Bob Fosse, theaters across the country are screening “Cabaret” on Sunday. They include 10 movie houses up and down San Diego County, such as AMC Mission Valley, AMC Plaza Bonita in National City, Regal Escondido and Regal Edwards San Marcos.

Its wildly entertaining songs aside (“Money,” “Two Ladies,” “Mein Herr”), “Cabaret” is a dark show that’s set in Berlin at the time in which the Nazis were emerging. It makes for gripping theater. The film, which is good if not great, gave Minnelli and Grey their finest star turns and, the year after its release, Academy Awards for both.

One thing missing from La Jolla Playhouse’s otherwise outstanding production “Lempicka,” which closes on July 24, is a substantial representation in the theater of the artwork of Polish painter Tamara de Lempicka. Here’s a place to see the full spectrum of her work, from 1918 to 1980: the official Lempicka website.

It’s fascinating to explore the range of Lempicka’s paintings over the years as her subject matter, color and form evolved. Her sexualized portraits of women between the years 1927 and 1933, dramatized in the Playhouse musical, may be her best remembered work, but there is so much more to discover on this site.

READ THE U-T’S REVIEW OF “LEMPICKA”: La Jolla Playhouse’s ‘Lempicka’ an eye-popping study of enigmatic ‘baroness with a brush’

Sisters Helene and Celia Faussart, better known as Les Nubians, did their part for fans of the Paris duo during the 2020 pandemic shutdown by recording a single titled “Liberation.” Its lyrics urged their devotees to “show all the love you’ve got inside” not only during the COVID crisis but in times of war, and this was two years before Russia invaded Ukraine.

The Les Nubians’ sound is a mixture of R&B and Afropean music, with the women singing in French. You can hear them in a live virtual stream from Nashville’s City Winery Friday at 5 p.m. Pacific time. Tickets to stream are $15.

Staying international, Brazilian singer/songwriter Ceu is coming to the Belly Up Tavern on Tuesday. Ceu (her full name is Maria do Ceu Whitaker Pocas) is touring the U.S. for the first time in a decade. She’ll be backed at the Belly Up by Brazilian acoustic guitarist Leo Mendes, bassist Lucas Martins and drummer Thomas Hares.

To dispel any doubts that this will be a romantic show with the flavor of Brazil infusing it, check out Ceu, here singing “Malemolencia” from her 2005 self-titled debut album. Makes me want to be in Brazil myself, but for now I’ll have to settle for Solana Beach.

After two years of hybrid events, San Diego Pride is returning in person in 2022. Here’s all the latest coverage by The San Diego Union-Tribune.

A little over three years ago, local painter Marianela de la Hoz had an idea: She wanted to explore the stories of women, both real and imaginary, who were uncredited, misunderstood and/or misrepresented. Already well known for her striking and highly detailed blend of magical realism and religious iconography, she began a series of paintings that soon became “Destejidas (Unwoven),” which will make its debut at the Timken Museum of Art on July 13 after being delayed for over a year due to the COVID-19 pandemic.

“When I have an idea, I like to develop it in many images,” says de la Hoz. “I had to wait patiently. Now it’s happening.”

As San Diego observes Pride Week, we celebrate the creatives who make the fabric of the region’s LGBTQ community so rich, vibrant and colorful.

“Global TV: Scenes from a Marriage”: Rick Rosen (WME Agency co-founder and representative for writer/director Hagai Levi) discusses HBO’s “Scenes from a Marriage” which details a couple’s crumbling marriage over the course of a decade. Rosen reveals what it took to develop the miniseries, the challenge of adapting it from Ingmar Bergman’s original Swedish television series and Hagai Levi’s vision for this contemporary retelling. You’ll hear about stars Oscar Isaac and Jessica Chastain and how their friendship helped bring to life their fictional counterparts. Rosen also remarks on the changing media landscape in the wake of streaming platforms, and the past, present and future of global television.

“How to Maximize Bone Health”: As we age, our bones become thinner and weaken which can lead to life-altering fractures. Understanding your bone health — how well the minerals and proteins are working together to resist fracture — can help you and your doctor determine the best course of treatment. Paul Hansma, inventor and professor emeritus of physics at UC Santa Barbara, has been studying the protein “glue” within our bones and how to measure it. In this program, Hansma discusses a new assessment called Bone Score, which, along with other diagnostic tests like measuring bone density, can give a more complete picture of overall bone health.

“Social Cost of Carbon”: To understand the economic impacts of climate change, economists and climate scientists have come together to try to define what is known as the “social cost of carbon” – the cost to society from damages caused by CO2 emissions. This value is difficult to quantify, with factors such as future societal wealth and global climate damages (such as species extinction) that are impossible to know. However, the more we know about this value and how it’s calculated, the more governments, corporations and individuals will be able to reduce carbon emissions.

Here are the top events happening in San Diego from Thursday, July 14 to Sunday, June 17.

Coddon is a freelance writer.

artisttoursgroup.com
We use cookies on our website to give you the most relevant experience by remembering your preferences and repeat visits. By clicking “Accept All”, you consent to the use of ALL the cookies. However, you may visit "Cookie Settings" to provide a controlled consent.
Cookie SettingsAccept All
Manage consent